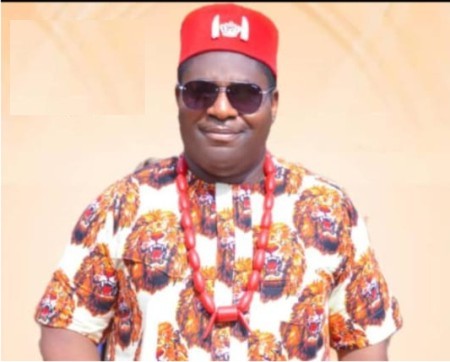 The Maurice Akueme Foundation (MAF) in another characteristic move recently decided to oil the wheel of the National Association of Nigeria Students (NANS) and the National Council of Enugu State Students (NACESS) through financial empowerment.

By now, Chief Maurice Akueme has already become a household nomenclature when it comes to charity and social conscience as he continues to alleviate the conditions of the lowly-placed and the less privileged in our society.

In a swift response to the cravings of our students in the higher institutions under the aegis of NANS and NACESS, Chief Maurice Akueme bankrolling the renowned Maurice Akueme Foundation(MAF) doled out some bundles of funds to attend to the financial requirements of the students but significantly did that to boost their quest to engage in profitable entrepreneurship programs. While NANS benefited the sum of #100,000 , NACESS received the sum of #500,000 with one Mrs. Agu Eunice personally receiving the sum of #100,000 for being identified as a highly skilled and talented perfume producer.

He also empowered a female barber Miss Neankwo Ifesinachi who was previleged to shave him with N50,000. Akueme narrated that he went to ShopRite for a shave, the female barber approached him and he gave her consent, he said he was given a decent shave and so he decided to encourage the craft woman with N50,000 to get some tools and get set to become a CEO.

Certainly, the students bodies and other beneficiaries of Chief Akueme’s liberality went home with smiling faces as their benefactor joyfully gave without complaints.

Surely, Chief Maurice Akueme will handsomely be rewarded by posterity for to taking delight in this epic benevolence.