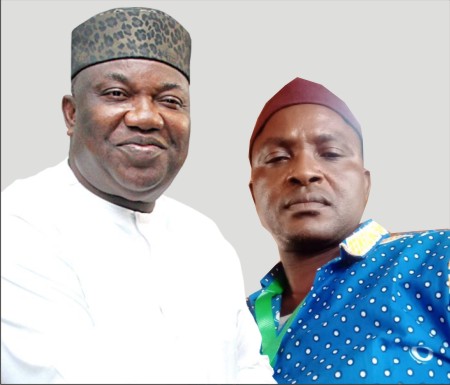 It is often said that when the mother goat chews the cud, her kids watches the movement of her mouth. This is also what happens parents decide to inculcate good moral values in their children. Although, there are few exceptions to how youngsters of the present generation learn their moral values. Rather than crawl under the tutelage of their parents (and I mean good and morally upright parents), more often the present generation of youngsters tend to draw inspiration from among their peers. More often, we hear children dismissing their parents as belonging to the old school category. The consequences of the present character traits is the admission that moral rectitude is no longer a matter of priority but what in their own estimation is more faddish and acceptable to their generation. Yet we all understand and know that our society is where it is today due to the wide erosion of moral values occasioned by the actions or display of most of our morally bankrupt parents, leaders and political actors alike. Our young people see all these and you expect them to be any different? The bottom line is that no morally bankrupt person can inspire, infuse or impact any meaningful moral discipline in another. One must be upright to be able to inspire another to behave the same.

Those, who continually lampoon our peace loving Governor of Enugu State for below the average performance in government cannot equally accuse him of playing to the gallery where the issues of peace and social harmony of Ndi Enugu are mentioned. Of course, no meaningful development or progress could ever be made or attained in an atmosphere of disharmony and chaos. To this extent, we must thank God for gifting Ndi Enugu with a peace loving leader like Ugwuanyi.

Going forward, the global village is in search of an enduring peace, justice and social equilibrium. So many governmental and non governmental organizations have also sprung up to pursue these societal ideals. The importance of their advocacy is rooted in the fact that all hands must be on the deck to create a harmonious and peaceful society. It goes without mentioning the fact that the targets of these advocacy are majorly the youths and the young people who are considered to be the arrow head of tomorrow’s world existence. Another incontrovertible fact is that while we all pursue these positive societal ideals, we must make conscious effort as parents and leaders to live by example, so that even the generation yet unborn can follow in our footsteps for a greater tomorrow.

One thing going for the good hearted leader of Enugu State is in his belief in the youngsters as capable of taking the reigns of power from the failing older generation so much so that one of his cardinal planks to position the coal city state as a progressive society is his “Youth O’clock policies and programs. So many young persons have been placed in the positions of leadership in his administration and they are quietly and steadily making enormous progress in their assignments. Those who are not opportune to be in government are watching from afar, the mouth movement of his Excellency, the governor. One of such youngster, who decided to prove the eternal truth that the kids of a mother goat will also become adept at chewing their own cud if they learn from their mother is Mr. Noel Ifeanyi Alumona. Mr. Alumona, an indigene of Enugu State has gone down in the history books as being the first African to win AFS award for Young Global Citizens.

What is AFS and how does it impact positively in the rating of Nigeria and Enugu State in particular? These might be some of the questions agitating the critical minds and why this modest feat should be celebrated.
AFS is an intercultural Program and a global not for profit Network that provides intercultural learning opportunities to help people develop skills and understanding needed to create more just and a peaceful world. AFS core values is embedded in enabling people to act as responsible global citizens working for peace and understanding in a diverse world. It also acknowledges that peace is a dynamic concept threatened by injustice, inequity and intolerance. AFS also seeks to affirm faith in the dignity and worth of every human being and of all nations and cultures. It encourages respect for human rights and fundamental freedoms without distinction as to race, sex, language, religion or social status.
It is therefore important to assert here, that these core values enunciated above also featured prominently in the core values of Ugwuanyi’s administration. This is the only reason, political brouhaha have been relegated to the dust bin of history, since he assumed leadership seven years ago. We only hope that this prime policy and values would be sustained in the coming years after his exit from the corridors of the Lion Building. So help us God, Amen…

Mr. Noel Ifeanyi Alumona won AFS’ Global Competence award. The Global Competence is the ‘power skill’ young people require to make their impact in an increasingly diverse world. This is what an indigene of Enugu State and the first African won for himself and fatherland. This is indeed commendable and should be celebrated not only by the government and people of Enugu State but the whole country in general. Commending this uncommon feat on behalf of the people and government of Enugu State, by the SA to the Governor on Information, Steve Oruruo was delighted with Mr. Alumona for keying into the core values of Ugwuanyi’s administration in the global scene while recognizing the fact that Mr. Alumona had indeed inspired a greater percentage of the youngsters via his unprecedented feat and for being the first from the continent of Africa to win the prestigious award since its inception in 1914.
It is also important to note that Mr. Alumona gained the recognition and award by his advocacy with the ‘BOYS CHAMPION ORGANIZATION’ which is also considered to align completely with the state government’s deliberate policies of prioritising the rejuvenation of education, welfare and security of the people with zero tolerance for all forms of violence against humanity.

In the final analysis, I have often heard people fly with the popular catch phrase “We no dey carry last”. Today it is being confirmed that Ndi Enugu “no dey carry last ” with this spectacular feat of Mr. Noel Ifeanyi Alumona. Let the Government of Enugu State not just stop at mouthing his praises but ensure to keep to its pledge to partner with him and his organization until the proper domiciliation of the impacts of his remarkable and colossal accomplishment within the fabrics of our immediate societies is achieved.

Bibian Anekwe News added; “Great leaders are not here merely to make a living. They are here in order to enable the world to live more amply, with greater vision, with a finer spirit of hope and achievement. They are here to enrich the world.”

Enugu State remains in the hands of God.