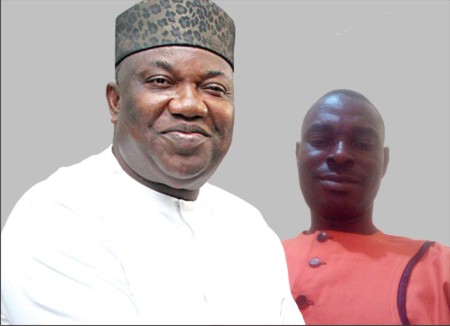 The governor of Enugu State has continued to demonstrate his resolve to hand over government to the youths going by the outcome of last PDP primaries in various positions in Enugu State.

At the local government level, over 80% of political office holders today are youths. They are the energetic and sharp reasoning youths needed to turn the fortunes of local council around. At state level, the story is the same. Most state appointed functionaries are in the youth category and this shows Ugwuanyi’s confidence in the youths.

Ugwuanyi’s unshakeable belief in the youths as the leaders and drivers of their economic reality saw him handing over such sensitive Agencies like the SME hub center, the Housing Corporation etc to very looking forward and energetic young men who have not only proved themselves in their assignments but brought so much honor to his administration. Undoubtedly, Ugwuanyi had engaged more young men and women in his government more than any other previous administration in Enugu State.

All over the world, the youths have shown much interest in governance and political offices and have proved that they can be trusted to do the work of remoulding our society for the collective good of all. Most transformation and revolutions all over the world have been youth driven and Enugu is not an exception. Even in the next year election, Ugwuanyi has presented youths (Barr Peter Mbah and Ifeanyi Ossai) to take over from him. Most House of Assembly candidates of PDP are vibrant youths with positively loaded mind. His confidence in youths is undoubted. The National Assembly primaries that took place in the state also saw youths having landslide victory in so many places over other contestants. The neighborhood watch, local vigilante and other security outfits in Enugu State are all youths and their activities are bringing the needed dividends.

The advantage of this is that it is easier for youths to engage their fellow youth than older ones engaging the youths. It is much easier to use youths to fight crime than using older man. They understand the language of their fellow youths better. This have given the youths a sense of belonging.
The young ones should not be seen to be only good for political thuggery and not good in governance itself. They also attracts government presence in areas faster than older ones. Gov Ugwuanyi knows this very well and is engaging youths effectively, politically and otherwise.

This is quite commendable and we a happy to say that Enugu State is in the hand of God.

Bibian Anekwe News added: “The best leader possess the qualities of humility, honesty, and cooperation. They are able to communicate clearly to help others take action”.