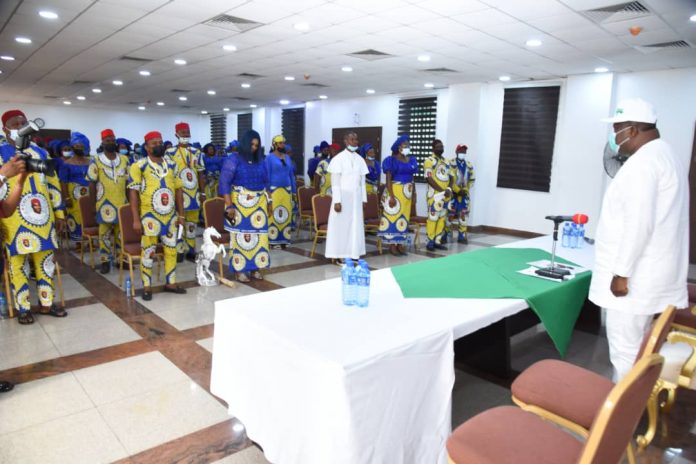 Ever since Nigeria gained her independence from her colonial master courtesy of the hard fighting and altruistic founding fathers of the nation ; namely, Late Dr. Nnamdi Azikiwe, Late Alhaji Abubakar Tafawa Balewa, the Sarduana of Sokoto, Chief Obafemi Awolowo to mention but these few, Nigeria has remained like a bride with a fair share of abusive bridegrooms. Those who share the views of the foundation members of the country and who truly tried to steady her path to progress was brutally cut down because they would attempt to clear the augean stable. The reaction following coups and counter coups to correct perceived hatred against the major ethnic groups in the country dealt a deeper blow in the physique of the body polity of Nigeria. At the end of the unfortunate fatricidal war which the nation was plunged into that lasted for 30 months, Nigeria has wobbled like a giant without focus and has continued to do so courtesy of large scale misgovernance from the many political leaders that has encountered her.

These obvious misadventure by self appointed and less altruistic individuals who gladiated the political space festered and manifested in an uncommon manner especially within the last decade making Nigerians exasperate in wonder if God is truly around His people. One may admit that the global economic climate might have been truly unconducive, but the gross inefficiency of our economic managers visavis ineffective leadership at the center have dealt a quantum blow to Nigeria and her people. The high rate of insecurity occasioned by the vices of kidnap for ransom, banditry, insurgency, terrorism and the like across the length and breadth of the country has once again raised the Germain question about the true essence of governance by supposed gladiators.

As the 2023 general elections beckons, the agitation to have a true altruistic leader with a combination of character, capacity and credibility to straddle the Presidency have reached crescendo. The question has been in the form of who will go for us or who shall we send? Presently, no fewer than 30 politicians are struggling to sell their candidature to their party men and women for the post of the President of this country. It is certain that more will still purchase expression of interest and nomination forms as the days to the political party’s scheduled primaries draw closer.
In the light of the foregoing, I make bold to assert that one man who may not need to struggle to be accepted as a true Leader who has the capacity to pull this nation from her present brink is no other person than Rt. Honorable Ifeanyi Ugwuanyi, the Executive governor of Enugu state.

Nigeria need a true Leader in the stature and character of Governor Ifeanyi Ugwuanyi to transform this country from the mess she has turned to. There is a popular saying that a sheep that will grow horn is identified by the strength of its neck region. Ifeanyi Ugwuanyi has been strengthened by the vagaries of whether in governance and he has been able to make a success of it within the few years he has been in the corridors of power. His pedigree in the governance of Enugu State clearly stand him out. He enthroned Peace and healthy  political environment in the State and among the various political class. He had repositioned every sector in Enugu State, Education, Agriculture, Health and so on and will replicate same at the national level. He is a specialist in youth and women empowerment which is a panacea to check-mating youth restiveness. Many individuals and groups have urged him and have continued to do so to pick interest and nomination form and declare to run for president of the country. Recently, Nothern youths threatened to sue him to court if he fails to run for president come 2023. Another group have been strident in their agitation for Mr Project to run for the presidency is Enugu Di N’aka Chukwu Movement, a political support movement powered by a quintessential Amazon DG and also Senior Special Assistant to Governor Ugwuanyi on Empowerment and Mobilization, Hon Mrs Bibian Anekwe.  this group was again on an advocacy visit to Governor Ugwuanyi at the government house, Lion Building Enugu to impress it on him to pick up both the expression of interest and nomination forms of his party in the race to the Presidency even as they assured the Governor of their unflinching support and solidarity.

Going by Governor Ifeanyi Ugwuanyi’s antecedents, he has truly shown character and capacity to transform the Nigerian nation. Let the North, the South, the East and the West entrust the leadership of Nigeria to him to replicate same thing he has done in Enugu State.

Bibian Anekwe News added: “Leaders instill in their people a hope for success and a belief in themselves. Positive leaders empower people to accomplish their goals.”