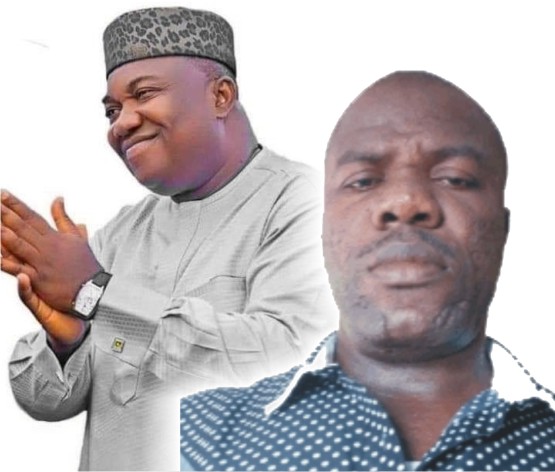 Enugu State, that city built on a hill has continued to maintain the reputation of a city enrobed in peace and harmony. Those who have continued to throng into Enugu on daily basis has one common testimony to reveal among others. Such assertions like “I have been to other states and I have been to Enugu, yet no other state in Nigeria at the moment can compare to the tranquility and harmony which exists in Enugu”.
As a good citizen of Enugu, hearing such testimonies has markedly made me a proud citizen. I am aware that Enugu State has never had it so good until a gentleman with a genteel spirit mounted the ship as a capable captain that he is. Ifeanyi Ugwuanyi is a peaceful captain and has allowed peace to permeate the entire ship of Enugu State. The status of Enugu State as the safest and most peaceful State in Nigeria once again was revealed during the ward congresses which took place across the 260 political wards in the 17 local government areas of the state recently. Those who had predicted a total breakdown of law and order and the naysayers were disappointed that the governor was able to stamp his signature peace on the ward congresses. Those who had expected parallel ward congresses to supplant the authentic ones in order to create confusion and disorder were themselves confounded by the orderly manner party men and women conducted themselves to elect delegates for the upcoming party primaries. The agenda of these political mischiefs to re-introduce political thuggery and other forms of electoral voilence in the State fell like pack of cards and God in whose hands Enugu was handed to confounded the detractors.

Governor Ifeanyi Ugwuanyi is a pragmatic leader and his pragmatic approach to governance has limited all forms of political confrontation among the people of the state and has restored party discipline. The Political Dialogue of Peace enthroned in the State has made the State a civilized one both in politics and in all human interaction in the State where social cohesion and inclusion have become the order of the day. This has annihilated politics of *Tigbuo; Zogbuo* which characterized the political space in the State before the advent of the current administration. The State has become a reference point when it comes to peace and development among other States in Nigeria. Governor Ugwuanyi has institutionalized modern style of politics in Enugu State which is very rare in the Nigeria political terrain.

It is important to stress that the recent ward congresses of the Peoples Democratic Party in the state provided a litmus test to confirm the person in charge of the state ship. Governor Ifeanyi Lawrence Ugwuanyi remains in charge and unruffled. The exercise was very peaceful and solemn in all the 260 Wards in the State. This is how the on coming primary election in the state will also be conducted without any form of political confrontation. The doubtful Thomases need no convincing any longer that truly Gburu Gburu is in charge. Ndi Enugu need no convincing as to where the political pendulum is swinging to. The camp of Governor Ifeanyi Ugwuanyi is the camp to be. A camp devoid of culture of *_tigbuo, zogbuo_*, a camp disposed to continued political harmony in the state.

Indeed, *_egwu anaghi atu afo oburu Uzo_* It is very clear that the forthcoming primary election in the State will be a walk over and Enugu East remains the zone to produce the next Governor of Enugu State. There is no doubt that zoning has come to stay in the State and for good. Equitable distribution of political positions which zoning entails will remain an enduring legacy the leaders of thought in Enugu has brought to bear in our polity and which governor Ugwuanyi has vowed to consolidate upon. Sure, Enugu State is in the hands of God.